Estense Castle is the most important monument of Ferrara, also known as Saint Micheal, built by Nicolò d'Este's willing in 1385. It is right in the city center. Initially, it was a defence and military fortification, but later it turned into Este's dwelling and ducal residence, after the "Herculean Addition".

Set up on four towers, it's surrounded by a huge ditch that, besides remembering its original function, seems isolating it by the urban context.

Now it's a permanent museum headquarters in which you can still admire the inside: the ducal apartments, the ancient prisons, the Lion's Tower, the Oranges's Garden, the ducal kitchens and appreciate artworks in honor of Prince's magnificence.

From 6th of August 2021 museums access only for Green Pass' owners. 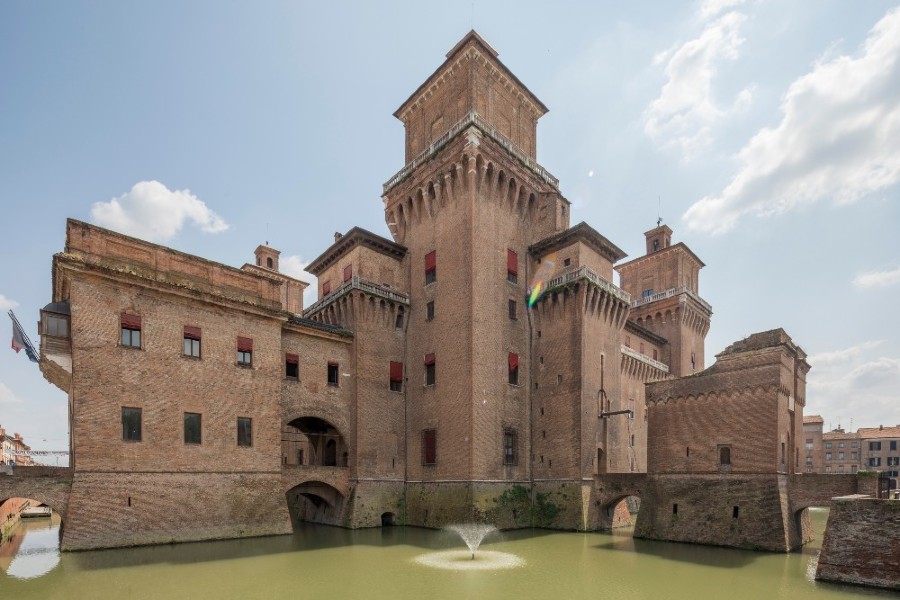 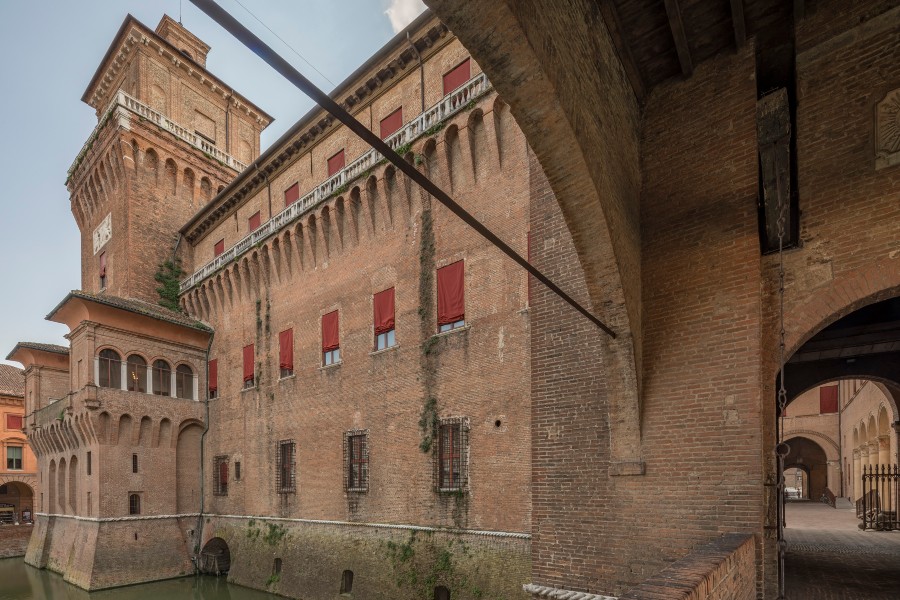 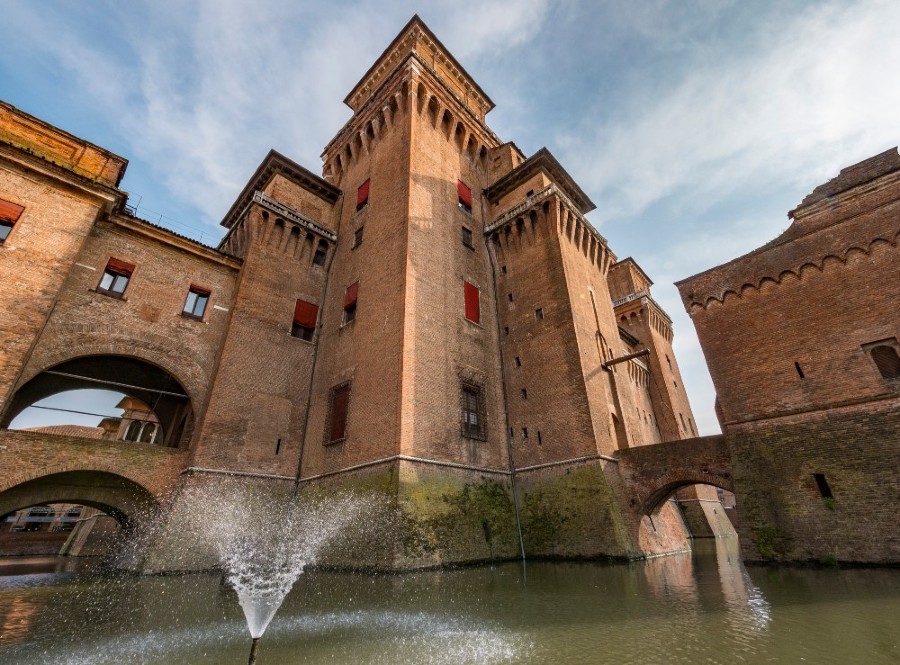 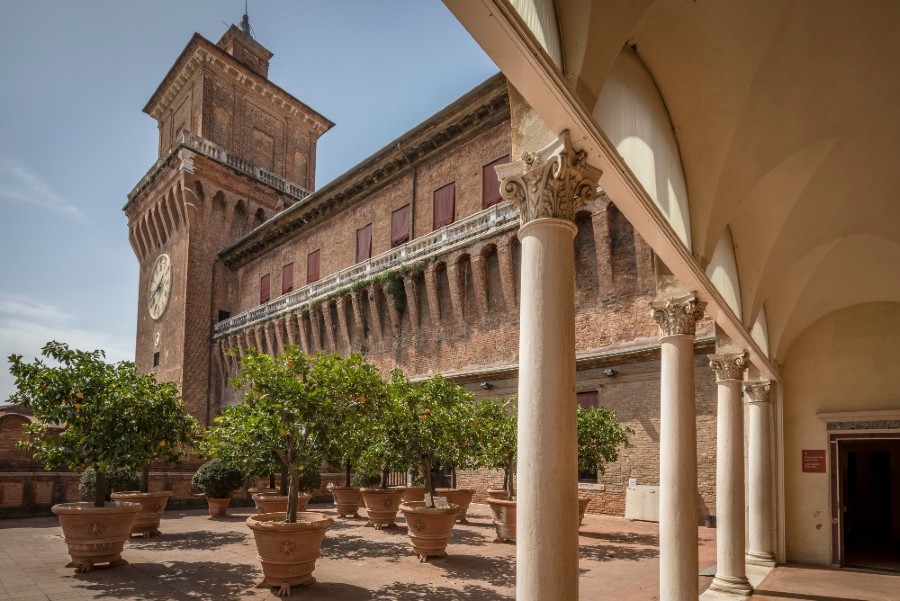 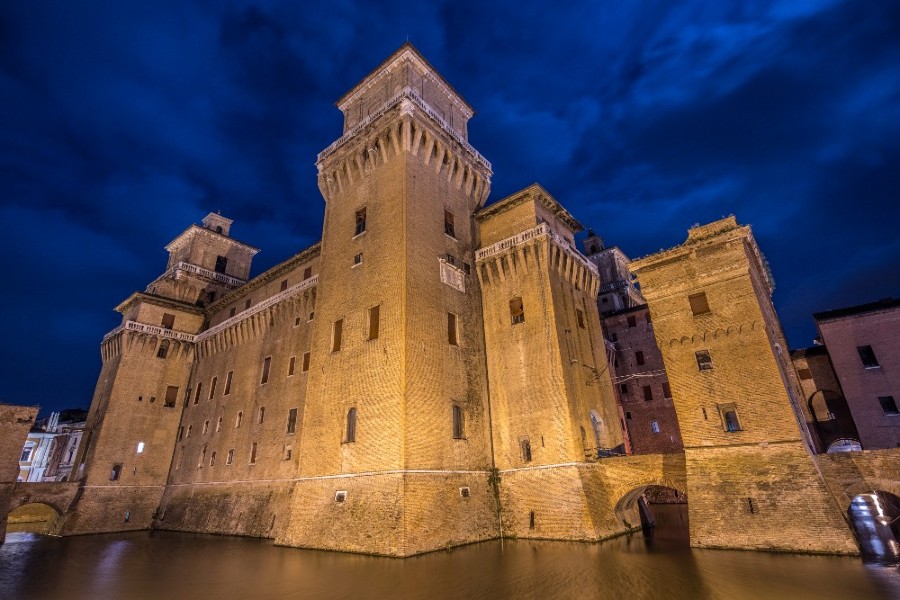 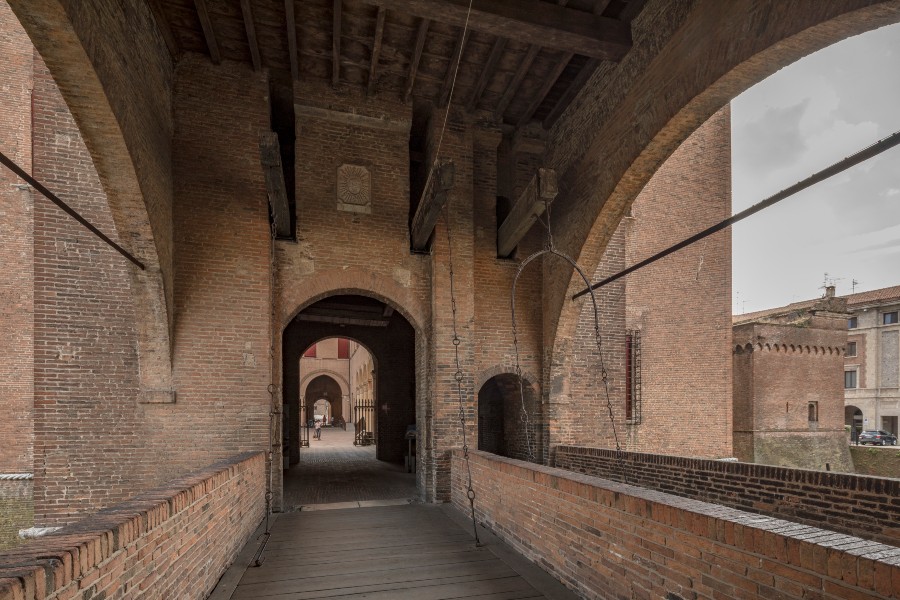 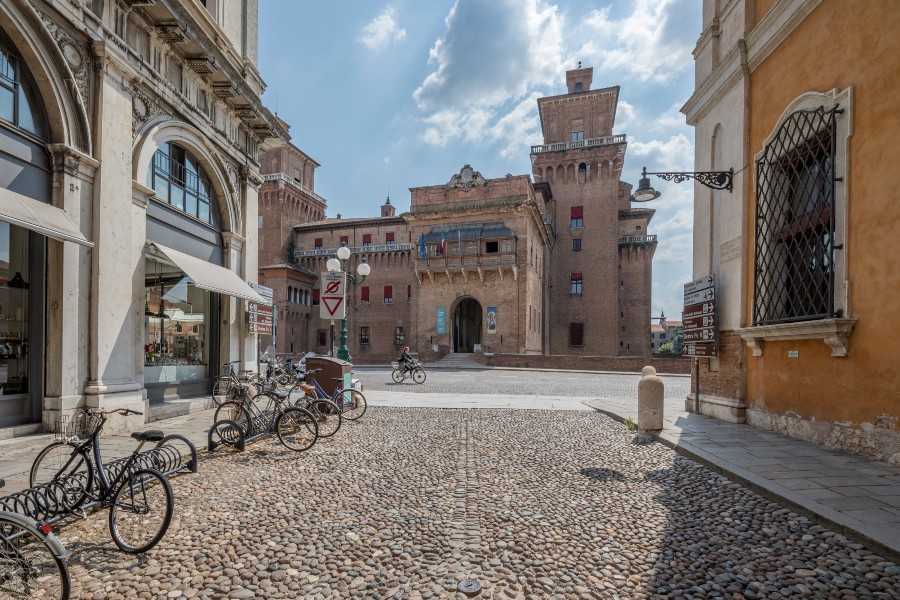 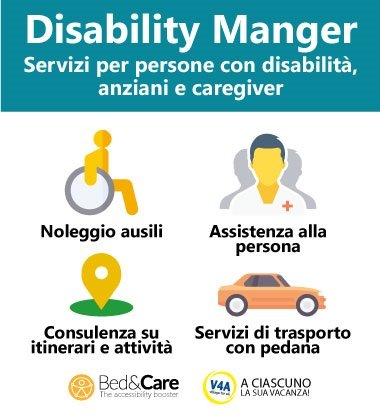